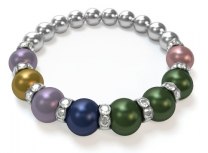 I'm really enjoying it. Will probably get one for each of my daughters in love!!!

just got mine yesterday i got january april, june and 2 september the september look very dark and the june it really dosent look like the color in the pic but al in all its a nice pc

Beautiful and better quality than I expected for the price